This Jordan Travel Guide is an indispensable source to know everything before visiting Jordan, including Information regarding Currency, Language, Credit Cards, ATMs, Visa and budgets, the best places to visit in Jordan, and the things you should never do during Jordan Travel.

Jordan Travel Guide: What to know before you visit it

Jordan’s official language is Arabic, but in cities, people mostly speak English. Some Jordanian people have visited and got an education in foreign countries, so they can also speak French, German, Italian, and Spanish.

Credit Cards and ATMs in Jordan

Different credit cards, including American Express, Visa, Diners Club, and MasterCard, are acceptable in various restaurants, hotels, and big shops in Jordan. But most of the smaller shop owners still prefer payment in the form of cash in Jordanian Currency.

ATMs are available everywhere in Jordan, and you can withdraw money using Credit Cards.

Budget: How much would cost my trip to Jordan?

Jordan passes costs about $ 100. There are three different Jordan passes that you can get the first one is 70 JD. The second one is 75 JD. The third one is 80 JD, and those get you either one day, two days, or three days into Petra and then all of the other different things that come along with it.

If you buy a one-day pass into Petra, then that is 50 JD. If you buy the Jordan pass, that is 70 JD, but the Jordan pass also covers your visa fee entering Jordan, 40 JD, so you have to pay 90 JD to save 20 JD with Jordan Pass.

Is it safe to travel to Jordan?

Despite the geographical location and the fact that Jordan is surrounded by Israel, Egypt, Lebanon: Travel to Jordan is very safe, and the people are very friendly. Most likely, you will get here, and you will feel a little bit put off because everything is so different, the honking, the loudness, the craziness, people yelling at each other, you most likely will feel a little bit unsafe, but that’s normal that’s just because everything is so unknown.

Be careful with the traffic; it’s crazy there. Three million people are living in Amman, and pretty much everyone drives, and they drive insane. Be careful, especially when you want to cross the road; look at the locals and look how they are doing it. Always put the hand out so the cars kind of know you’re coming and be careful.

How many days do you need in Jordan?

Short answer: 6 days for the main touristic places. I recommend spending at least six days in Jordan. You can explore Jordan’s main attractions like Petra, the Dead Sea, Wadi Rum Desert with six days visit. You can either visit these places only within these six days or can also include some more places like Aqaba, Amman in your itinerary to explore.

This invaluable Jordan travel guide will help you choose the top 5 places in Jordan before you plan your trip to this beautiful country.

Amman is Jordan’s capital, home to nearly 4 million people, making it the largest city in Jordan. Must visit sites in Amman include the downtown area, the fruit and vegetable market, the citadel, Hercules’ temple, the temple of Zeus, the south theater, and the impressive and renovated Hippodrome, which has seen a revival of all of the Roman sport of chariot racing.

The Dead Sea is only one hour away from Amman, and there’s a bus which takes you there for relatively cheap money, I think just 10 euros, but it takes you to the local beach and that costs 20JD, which is about 25 euros for foreigners. Please don’t do that. It is not worth it. Also, there is no food included. You will have to get it inside there, which is another 15JD.

Aqaba means obstacle, perhaps with the idea that it’s a land block at the Red Sea’s end with mountains rising 500 meters above the Red Sea. Aqaba’s greatest asset is the Red Sea. It is a significant city in Jordan because it is Jordan’s access to the world. The Red Sea provides an excellent place for tourists to visit and enjoy the beaches and beauty.

If you have enough time planned in your itinerary, you will most likely go to Aqaba, and I have to say it is nice and warm there, but the public beach is not pleasant. If you more money, you can go into one of the luxury hotels with a private beach.

The most beautiful spot in Aqaba to watch the sunset is at the harbor you go in, and then there are some rocks lined up.

Wadi Rum desert in Jordan is also known as the Valley of the Moon.  Wadi Rum desert is full of the high Rocky Mountains, and in between them, you can find many canyons. These places are just magical, and they even don’t seem to be real.

Many people visit Wadi Rum also for hiking and climbing. You climbed up to the Um Fruth rock bridge, which is about 15 meters up from the desert floor. Even if you need to use your good climbing skills, it will be all worth it. The view from the tops of the mountains will be just incredible.

Petra: One of the New Seven Wonders of the World (a little piece of history)

Since the second millennium BC, Petra was the capital of the Nabataean kingdom. It intersects the major trade routes between East and West. The tour of Petra begins at the main entrance of the desert, Wadi Arabah.

The main sites to visit in Petra include The Treasury (The most beautiful attraction in Petra is Treasury, which was built by one of the Nabataean kings for himself), Monastery, The Siq, The Obelisk Tomb, High place of Sacrifice, and The Theatre.

Obelisk Tomb was built by Nabataeans around the 1st century and combined Roman, Greek, and Egyptian styles. You can see dozens of carvings, shrines, and sculptures out into the rock. The spectacular end of the Siq opens to Al Khazneh or the treasury, the most beautiful Petra’s famous structure.

Petra has three mountains to explore, and the mules assist in the climb. As you move up, the hills quickly become spectacular as the full sight of Petra opens up before you. The rock itself is unique, showing signs of old tooling, and prehistoric sedimentary layers create ripples and lines in the rock from nowhere else on earth. You can also see the signs of ancient fossils and history dating long before the people living in this area within the rocks.

Do I need a visa to visit Jordan?

This depends on your passport. If you have a passport from the European Union, you don’t need VISA.  If you are coming from the United States, you need a visa, which is about 40$ to $50.

You can get the Jordan Pass that includes the VISA fee

You will want to see all the cool things there like Petra, wadi rum that’s desert, all the stuff in Amman Jerash, one of the best-preserved Roman cities, and that will cost extra all the time.

But with the Jordan pass, you can get everything at once. It costs about ninety to a hundred dollars in advance and includes the visa fee and all the Jordan entrances. So, get that; that’s way better value for money than when you would have to buy it all separately.

What is the best month to visit Jordan?

The best time to visit Jordan is in spring from March to June, but the best month to explore Jordan is April when springtime is at its peak, and you can spend more hours outside without being overheated.

Things not to do in Jordan

Don’t be late when you are in Petra. If you want to explore this fantastic place calmly and visit the Treasury, Royal Tombs, and Monastery without crowds arriving before the opening time is best.

Don’t think they hate you.

Jordan relies on tourism and welcomes tourists. There have been many rumors due to Jordan’s neighbors, Iraq and Syria. But those are only rumors; Jordan is safe to visit.

Due to the buoyancy of the dead sea, it is impossible to swim, and its high salt content, i.e., 34%, is harmful to eyes and nose sting. Also, don’t swim if you’re freshly shaven or have cuts or scratches.

In every culture, there are certain religious dos and don’ts. Here are some quick ones, do not point the soles of your feet at anyone, and don’t interrupt someone praying.

In general, it is best not to refuse an offering as people are very hospitable and take pride in offering too much food and drink, so they may take offense if you refuse.

Can you drink alcohol in Jordan?

Be careful with the camels.

Yes, it may seem like fun, but it’s hard work. If you’re elderly or have reduced mobility, you might be nearly thrown off when it gets up and on the ride.

Jordan is a peaceful, modern country filled with sights and sounds as old as time. In Jordan, you can step into the very place where Jesus was baptized. Wander one of the world’s great wonders, float in the Dead Sea, and dine with friends under desert stars. Hospitality is a legend in Jordan, the Switzerland of the Middle East.

There are many routes to discover in Jordan, and the king’s highway connects them all from the Red Sea in the south to the desert East, Jordan River West, and Amman in the north. It is easy to follow your path in this historical and Biblical land.

If you find interesting this article about the Ultimate Jordan Travel Guide, you may be also interested in Bryce Canyon National Park 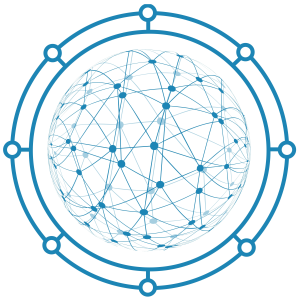